This United States is in its fourth (4th) bankruptcy 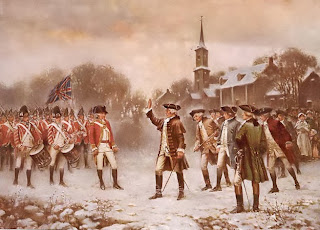 1.    The first (1st) bankruptcy was officially declared in 1791. This was a time of many changes in America. Perhaps most notable of these, was the signing of the Bill Of Rights representing the first ten amendments to and the final passing of the Constitution for the United States, which happened December 15th of that year, shortly after our first bankruptcy. This is of course significant as our God given rights are solely dependent on this document, though they were generally accepted common law rights throughout the world long before America existed.
During each bankruptcy, a war is fought (the revolutionary war in this case) and a new form of currency is always established, since the old one becomes essentially worthless in the new corporate re-structure of each bankruptcy. With the new country, came new money. Several monetary systems were proposed for the early Republic of America. Congress approved the first dollar on August 8, 1786. Once passage of the U.S. Constitution was secured, and the 1st bankruptcy and restructuring was in motion, the secretary of the treasury Alexander Hamilton turned the government’s attention to monetary issues once again in the early 1790’s. On Hamilton’s recommendations, Congress passed the Coinage Act of 1792, which established the dollar as the basic unit of accounting for the United States. At this point, the dollar was still backed by gold. 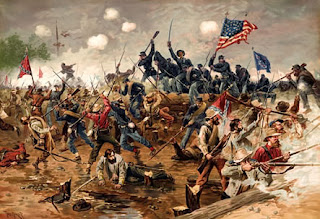 2.    The second (2nd) bankruptcy took place exactly 70 years later, in 1861. The main reason for this is that the restructuring that takes place in a bankruptcy can by law only last or 70 years without being settled. And so in 1861, the country was declared bankrupt once again. Of course there was much more to this planned event in history. As carpetbaggers claimed and stole the land of southern property owners, and the banks and governments bought up land and farmland for pennies on the dollar, the civil war broke out in this year when the southern states began to say no to the northern government and these carpetbaggers. This is often referred to (by southern states especially) as the War Of Northern Aggression. And most southerners will also say that there was certainly nothing civil about the Civil War! And this was quite true when considering that the government is housed in the north (British Columbia and Washington D.C.) and that their aggression was the takeover and corporate restructuring of America. This was not a war over slavery to be sure… and the assassination of Abraham Lincoln happened only after his attempt to depose the central banking structure and establish greenbacks: congressionally printed and controlled money. But in 1863 during the American Civil War, the National Banking Act was passed. This act and its later amended versions essentially taxed states’ bonds and currency out of existence. And so through corporate government legislation in the newly reorganized country, the dollar became the sole currency of the United States (which was still backed by metals then) and remains so in an altered (and worthless) form today.
3.    And now we come to the third (3rd) bankruptcy in our countries history, which was 70 years later in 1931. This was the big one. This was the time after the industrial revolution, when population, lawful immigration, jobs, and opportunity were in abundance. The money system was still in real money; meaning trade was done in precious metals like gold and silver coins. Even the paper money was backed by and redeemable for gold and silver at its face value. But, as the anticipated bankruptcy loomed closer and closer, steps were taken by the government to ensure that a new restructuring of the country could take place, ensuring the same bankers and corporate crooks would remain in power. The stock market was deliberately crashed, and the great depression ensued. The population was broke, and their land and property was once again bought for pennies on the dollar by the banks and newly reorganized government. Transfer of wealth is the name of the game, and a new game is played every 70 years.
But during 1933 and 1938, as the reorganization of our government and finance laws took place after most small banks were deliberately collapsed and fell into the holdings of the larger banks, a very important thing happened that changed the landscape of our nation: the gold standard was removed and replaced by the Federal Reserve Note (dollar). The House of Representatives accomplished this when they passed House Joint Resolution 192. This new legislature actually outlawed the use of real money (gold and silver) to pay a debt, actually making it illegal to require real money to pay for a debt. The dollar (now called the Federal Reserve Note) became “legal tender” and was backed by the supposed full faith and credit of the U.S. Government. However, this paper money – or fiat currency – was in fact worthless due to the absence of real money backing its value. 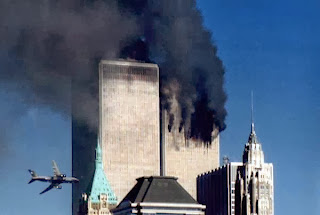 The dollar is nothing more than an IOU, and only has value if both parties in an exchange verbally or contractually accept it as payment for goods and services while remaining under the illusion (or blind faith) that the government or institution which issues this paper has the power, wealth, and credit to back up this currency. In fact, a few years after this third restructure of the U.S, the government mandated the confiscation of all gold from its citizens – and the transfer of land, property and real wealth was accomplished yet again. Many people say that World War II is what seemingly brought the U.S out of the great depression. In fact, many people recognize that in the past America usually prospers in times of war and shortly thereafter. 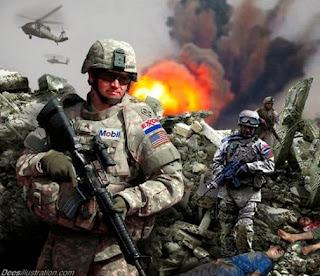 4.    Flash forward another 70 years… it’s now 2001. People are prospering. Goods and services are in abundance. The world was at peace (excepting the military black ops and economic hit man type of destabilization of many countries for strategic and natural resource confiscation). Now any good conspiracy buff might note the interesting and overwhelming coincidence in this being the year of the 4th restructuring of our corporate government. Indeed, one might be even more aghast when one realizes that the anniversary of the last bankruptcy from 70 years ago was in fact September 10, 1931, or the day before the destruction of the World Trade Center buildings 1,2, and 7 along with the supposed “attack” on the Pentagon on September 11, 2001. War is both a great distraction and a profitable venture for the corporate world governments, and this obviously isn’t the first time war or false flag events have been used in this manner, as a tool for the restructuring of the U.S. government. And we have watched over the last nine years as the dollar crashed, as the real estate and property bubbles burst and are once again being taken over by our government and banks (in a typical transfer of wealth), a complete corporate takeover of the country – which started about 70 years ago with the introduction of the CAFR system – which is now culminating into the nation being completely owned through collective investment by the government owned corporations… we are about to see the dollar become completely worthless right before our eyes (if it isn’t already) and a new form of U.S. currency or world bank currency will likely take its place – right on schedule!