When a prosecuting attorney brings a cause of action to court accusing some poor soul with a
crime in the secret maritime jurisdiction, he (or at least his client) needs standing to sue. All cases in law,
equity, admiralty or maritime, are now classified as “civil actions.” Civil maritime and admiralty actions
require a contract between the plaintiff and defendant for the plaintiff to have standing to sue. For the
plaintiff to have standing and for the court to have jurisdiction of the subject matter, there must be in
existence a bona fide contract binding the accused into the criminal maritime jurisdiction and the lawyer rat
had better be able to get it properly into evidence. This is the foundation of the venue jurisdiction and the
subject matter jurisdiction of the court. Under the doctrine of “clean hands”, relief will not be granted to a
party, who as an actor, seeks to set the judicial machinery in motion and obtain some remedy, it such party
in prior conduct has violated conscience or good faith or other equitable relief. One seeking relief cannot
take advantage of one’s own wrongdoing. 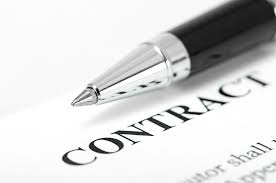 The plaintiff’s attorney (prosecutor) is representing the STATE OF TEXAS, or the UNITED
STATES, both corporations. If you don’t believe the STATE OF TEXAS is a corporation, look up Article
XI, Section 1 in the Texas Constitution; it is all clear enough. If you don’t believe that the UNITED
STATES is a corporation, it is right there in Title 28 USC 3002 (15)(A). The prosecuting attorney is
representing a corporation, a fictitious plaintiff, and bringing a maritime claim on the presumption that a
maritime contract exists between the STATE OF TEXAS and the defendant, or more correctly, the ignorant
victim. The ignorant victim does not know that this presumption even exists, does not know that the cause
of action cannot be in the common law because a crime in law requires a corpus delecti, that is to say, the
body of the crime or an injured party, and a corporation cannot be the body of the crime or an injured party
because it is artificial, a fiction. Trust the author on this, there is plenty of well-settled authority, but it will
not be cited here in the interests of brevity while covering the essentials. Because of constant government
indoctrination and the lasting effects of cognitive dissidence, the fact that the cause is of a maritime nature
is beyond the poor victim’s comprehension. The ocean is a long way from Kansas, Dorothy! So how
could the accused victim of an alleged offense committed on the land end up in a maritime court and be
bound to a presumed maritime contract?
The attorneys for the plaintiff are prosecuting the suit in maritime jurisdiction without evidence
entered into the record of the contract binding the Petitioner to the maritime law. Without such contract the
trial court is wholly in want of subject matter jurisdiction and venue jurisdiction. The doctrine of “unclean
hands” applies to the attorneys for the plaintiff. The courts have held:
It is old hat that a court called upon to do equity should always consider whether the
petitioning party has acted . . . with unclean hands. Texaco Puerto Rico, Inc. v.
Department of Consumer Affairs, 60 F.3d 867, 880 (1st Cir. 1995). This consideration is
rooted in the maxim that "he who comes into equity must come with clean hands."
Precision Instrument Mfg. Co. v. Automotive Maintenance Mach. Co., 324 U.S. 806, 814
(1945).
Under the doctrine of unclean hands, a court may refuse to grant equitable relief to a
plaintiff who has been guilty of unlawful or inequitable conduct regarding the issue in
dispute. Lazy M Ranch, Ltd. v. TXI Operations, LP, 978 S.W.2d 678, 683 (Tex. App.
1998)
It is well settled that a party seeking equity cannot come into a court with unclean hands.
Schenk v. Halliday Real Estate, Inc., 803 S.W.2d 361, 366 (Tex. App. 1990)
The findings show fraud on [the part of the party seeking legal subrogation]. He does not
come into court with clean hands, and is therefore not in a position to invoke the
equitable principles upon which legal subrogation rests.); Rotge v. Dunlap, 91 S.W.2d
905, 908 (Tex. App. 1936)
Applying to legal subrogation the maxim that "one who seeks equity must come into
court with clean hands., Christian v. Manning, 59 S.W.2d 234, 237 (Tex. App. 1933),
and See: Bell v. Franklin, 230 S.W.2d 181, 185 (Tex. App. 1921) (same).
Share |
Email ThisBlogThis!Share to TwitterShare to FacebookShare to Pinterest

What is really going on in the Federal and State courts

It should be apparent that penal is not the same as criminal. Take the issuance of a traffic ticket
for example. The lawyer’s minion, the police officer, goes out on the public rights of
way to solicit business for his master, the prosecuting attorney for the CITY OF
CORRUPTION or the COUNTY OF TYRANNY, both of which are corporate
instrumentalities of the STATE OF CONFUSION. This solicitation of business for
the lawyer by the police officer is called Champerty.4 Champerty is, or at least used
to be, a tort and a crime at common law.
The police officer lurks around and finds someone violating a traffic
regulation, let’s say for driving an unregistered motor vehicle, arrests him, and
issues a citation on the presumption that the “offender” is bound in some
undisclosed manner to the maritime jurisdiction, a presumption probably created by
the existence of the state driver license, or on the presumption that the STATE has
acquired an interest in the “motor vehicle” being driven by the offender, or on the
presumption that the STATE has an interest in the offender himself. On threat of
imprisonment, the cop forces the “offender” to sign a “citation” as a promise to
appear in a certain court at a certain time. This citation is a contract to compel
specific performance. The cop signed and the offender signed. It looks like a
legitimate contract, except for a couple of problems.
The first problem is that it was signed under a threat. That alone should be
enough to void the contract. The second problem is that the cop did not pay any
“consideration” to the offender to perform. Want of consideration is always a defense
under the Texas Business and Commerce Code, (same as the UCC) Sec. 3.408,
unless there is an underlying or “antecedent” obligation, and there is no evidence of
an antecedent obligation, but it is presumed. A third problem is the
unconscionability of the contract. The authors will not discuss unconscionability5
here, except to say that it is unconscionable to force someone to contract under
threat, coercion, or duress and unconscionability can be grounds to void a contract.
Share |
Email ThisBlogThis!Share to TwitterShare to FacebookShare to Pinterest
Newer Posts Older Posts Home
Subscribe to: Posts (Atom)