There is NO lawful money! All money is nothing but an IOU. It is debt. It is backed by nothing but the promise to pay. But to pay with what? They took away the gold and silver! 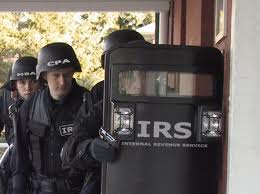 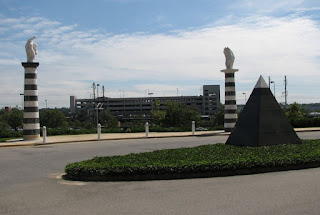 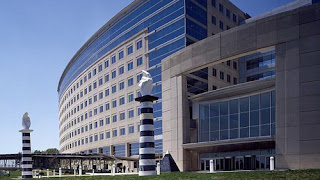 The federal government took America off the gold standard in 1933, during a staged bankruptcy called the "Great Depression” and replaced the gold with an economic principle known as,"Negotiable Debt Instruments.” The government needed to create a catastrophe to implement standards that were designed to steal your possessions and God-given rights!

You are legally a debtor and chattel (property) owned by a hidden creditor.

There is a hidden lien on everything transacted for by or with a Federal Reserve Note.

The Federal Reserve Note is a foreign product owned by a foreign corporation, and not by you or the U.S. government.

The States and the United States courts are bankruptcy courts representing the interests and property of the foreign creditor.

You are charged an income (excise) tax for transacting in the foreign commodity known as Federal Reserve Notes.

You have been divested of the rights to, value of, and profits from your labor, which has been stolen.

The United States lost its sovereignty in 1933. It is in receivership to the hidden creditor. The bankrupt government is a puppet to the real master, as declared by Banker Rothschild.

"Permit me to issue and control the money of a nation and I care not who makes the laws." --Mayer Amschel Rothschild (1744-1812)

President Roosevelt unconstitutionally collected America’s gold by Executive Order and sold it to the Vatican by way of China, to conceal its true ownership. The gold in Fort Knox belongs to the Vatican and not the United States! Absent a gold base, Commerce now essentially trades in "debts.” So if you borrowed money for a Mortgage and there’s no gold or real value to support the paper called U. S. Currency; what did you actually borrow? Factually, you borrowed debt! The Mortgage Company committed the ultimate fraud against you because they loaned you nothing to pay off the imaginary balance, not even their own debt instruments. They then told you that you owe them the unpaid balance of your home and that you must pay them back with interest, in monthly installments!

The Prophesy of Thomas Jefferson - Future Slavery Of The People

"If we run into such debts as that must be taxed in our meat and in our drink, in our necessaries and our comforts, in our labors and our amusements, for our callings and creeds, as the people of England are, our people, like them, must labor sixteen hours in the twenty- four, and give the earnings of fifteen of these to the government for their debts and daily expenses; And the sixteenth [hour of labor] being insufficient to afford us bread, we must live, as they do now, on oatmeal and potatoes, have no time to think, no means of calling the mismanagers to account; but be glad to obtain [be satisfied with] subsistence by hiring ourselves to rivet [being goons for our oppressors by securing] their chains around the necks of our fellow sufferers; And this is the tendency of all human governments. A departure from principle in one instance becomes a precedent for a second, that second for a third, and so on ‘til the bulk of society is reduced to be mere automatons of misery, to have no sensibilities left but for sinning and suffering… And the forehorse of this frightful team is public debt. Taxation follows that, and in its train, wretchedness and oppression.”
~ Thomas Jefferson (1743 - 1826) USA Founding Father and President of the USA


There are many different taxes the government makes you pay, a few being automobile registration tax, capital gains tax, accounts receivable tax, dog license tax, estate tax, gasoline tax, inventory tax, liquor tax, medicare tax, septic permit tax, sale tax, school tax, telephone usage charge tax, well permit tax, workers compensation tax... on top of the biggest one of them all.. Federal Income Tax. There is no law that requires you to pay those taxes. No law for you to file a 10-40. Former IRS agents who discovered this truth left the company and stopped paying taxes, but likely because of their insider knowledge they have not be prosecuted for it. Yet, as a normal citizen of America who decides not to pay his taxes will most likely get thrown in jail, or lose everything they have. To further explain why Federal Income Taxes are not in place to pay for the roads and schools we need it must be pointed out that the tax on gasoline pays for America's highways. Not to mention the outrageous tolls we pay on Toll-roads. Education is paid for by state and local taxes, property taxes. After interest payments and government waste, not one penny collected from the tax on your labor pays for the services you expect from the government. "Your income tax is 100% voluntary tax, and liquor tax is 100% enforced tax. The situation is as different as night and day" - Dwight E. Avis, head of Alcohol and Tobacco Tax Division Bureau of Internal Revenue.
Now everyone is enslaved by a system of self perpetuating debt. This is the way that things have been designed. Behind this ruling bloodline another elite class has developed. Somewhat similar to a priesthood. This is the international bankers. They use the global money systems to control the world. They own and control everything from education systems to the media. A handful of these very powerful men control all of the other secret societies. The society that sits at the very top is founded on Knights Templar traditions. The Illuminati has become the most powerful society in the world. The Rothschild dynasty has accumulated one half of the world's wealth. The accumulated hoarded wealth of this family could easily feed and clothe every human on earth. And this is just one of the 13 Illuminati families.
Share |
Email ThisBlogThis!Share to TwitterShare to FacebookShare to Pinterest

How to Stop an IRS Audit

"Our system of taxation is based upon voluntary assessment and payment, not upon distraint" Flora v. U.S. 362 US 145 [unless, of course, you neglect to "volunteer".

Notice: The following is presented to you via Bill Drexler's newsletter, with permission. Before, and if, you use it , be sure the case cites are correct. [and you understand and can EXPLAIN them.

It is required of you in your official capacity, and requested of you as an individual person acting under color of law, that you answer the following list of questions, 32 in number, WHICH
GOVERNMENT OFFICIALS ARE REQUIRED TO ANSWER under the provisions of the Privacy Act, the Freedom of Information Act, and various court decisions. Under each question the pertinent authorities have been cited which mandate a complete answer from you upon this request. Thank you for your cooperation.

1) State the authority, giving the specific section of the IRC for the solicitation of the information that you desire (Freedom of Information Act; Privacy Act; US v. Newman, 441 F2d 170; Treasury Form Letter L-423 with Publication 876 - same authorities cited for #1 thru #5).

2) State whether the disclosure of the requested information is mandatory or voluntary. If mandatory, what penalties may/will result from non-compliance in furnishing the data you
requested?

3) State the principal and specific purposes for which the information requested is to be used in any and all capacities.

5) State the effects upon this person of whom you have requested information, specifically the taxpayer, for not providing to you the information requested.

9) Explain why and how the investigation is pursuant to legitimate
purpose(s) (same authorities as #6 thru #8).

11) Show and prove that the information is not already in your possession or can not be obtained from other sources (same authorities as #6 thru #8).

12) Show and prove that the Secretary or his delegate has determined that this further examination is necessary (IRC Section 7605[b]).

15) Show and prove that the taxpayer has been properly notified that further examination is necessary (US v. Powell, 379 US 48; IRC Section 7605[b]).

16) State the exact reason(s), in detail, for the examination of each year specific information is requested (US v. Third Northwestern National Bank, 102 F Supp 879; FOIA).

20) State why the specific income and/or expense item is in question, or is being examined (same as # 18).

22) State the name, address, and telephone number of any person or persons informing you of any questions or concern involved in any item or any tax return or any activity of the taxpayer
(Sixth Amendment; US v. Zack, D.C. Nev 4/20/74; Favre v. Henderson, 409 US 942; FOIA).

23) State exactly what was said, either verbal and/or written concerning any item, tax return or activity of the taxpayer by any person(s) informing or directing you to conduct an examination,
directly, and/or indirectly (Same as # 22).

26) State and explain why IRC Section 7605 [b] does not apply to any examination where "...No taxpayer shall be subjected to unnecessary examination or investigation..." (Pacific Mills v.
Kenefick, 99 F2d 188).

27) State the exact methods used, either past and/or present to gather information concerning this taxpayer, and whether information was gathered through the use of surveillance, telephone wire-tapping, mail coverage, interviews, illegal entry, informers, spies, or otherwise (FOIA; US v. Wright Motor Co., 536 F2d 1090; Sherer v. Cullen, 481 F3d 945).

28) State whether the verification of specific deductions would be the limited scope of the examination (US v. Powell, 379 US 48).

30) State whether the examiner would be prejudiced against a taxpayer who arranges his affairs to minimize his taxes as the law permits( Gregory v. Helvering, 293 US 465; Knetsch v. US, 361).

32) Unless otherwise shown, this Citizen hereby pleads and does give public notice that the IRS Commissioner has an absence of jurisdiction over this Citizen's person (Same as # 31)

What can you do? File your UCC-1 claim on the CORPORATION that carries your name in their ledgers and take control of your Treasury Direct Account.  You are considered a citizen of a Federal territory because of Fourteenth Amendment citizenship.  Since you have not objected to your status as a subject of the Federal jurisdiction, you may be presumed to be content with your Federal citizenship.
Share |
Email ThisBlogThis!Share to TwitterShare to FacebookShare to Pinterest 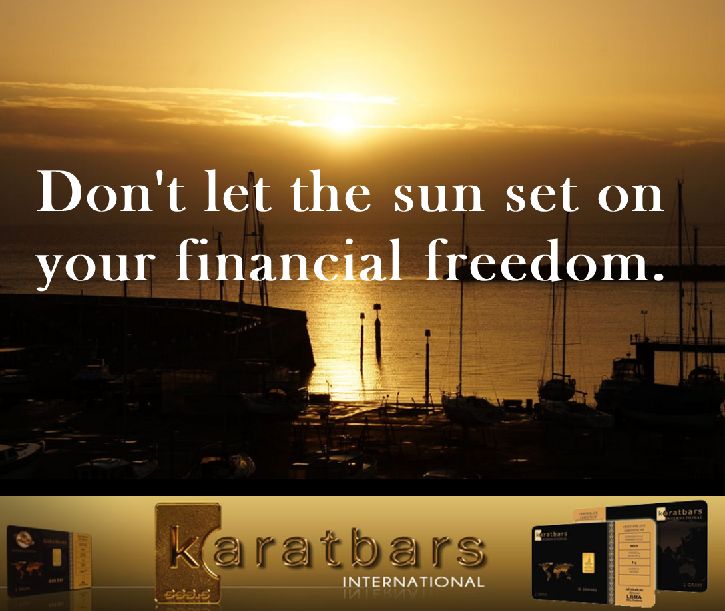