Use a BID BOND to pay your charges and stay out of jail..

Don't use a bond, when you are sentenced to jail, request a BID BOND, it has the word PRINCIPLE (I am the principle), the Straw man is the SURETY. 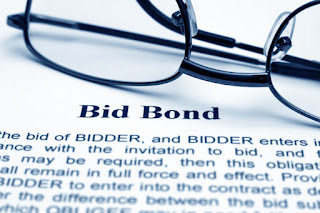 Put the Straw-man as the SURETY and yourself as the principle.

Then fill out a PERFORMANCE BOND, which is a REINSURANCE BOND for the BID BOND.

On the REINSURANCE BOND you will put yourself down as the guarantor or the re insurer. The PERFORMANCE BOND is $274, to file.

You can underwrite the BID BOND with the PERFORMANCE BOND. If your in District Court, such as child support type in the case # and it will tell how much your BOND is, use the CUSIP# a nine digit number on the back of your social security number its in RED or Blue numbers.

Don't let the Judges put you in Jail, discharge your debt by your Self. The judges make so much money for you going in Jail, and then it gets sold on the stock market, they want to keep you in the system, because it makes them money..STOP DOING THAT!!! 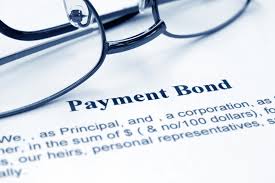 I have been doing more research on our prison system via the internet and have found out some interesting things, regarding what is really going on in the courtroom. The court is looking for an acceptance and acceptor under 3-410 of the U.C.C. as the Principle has the primary obligation to pay or discharge any instrument presented for acceptance. Since they are presenting a Bill of Exchange [indictment] for acceptance. This is called an acceptance for honor, which involves a negotiable instrument especially a bill of exchange [indictment] that has been accepted for payment. The complaint, information, or indictment is a three party Draft, Commercial paper, or Bill of Exchange under Article 3 of the U.C.C. The Grand Jury Foreman is the Drawer or Maker of the Indictment by his signature, the Defendant/Debtor or Straw-man is the Drawee and the State is the Payee and the live man is the Payor. What they are doing in the courtroom is all commercial, this is in conformity to 27 CFR 72.11, where it says all crimes are commercial. What the judge and prosecutor are doing in the courtroom is making a commercial presentment under section 3-501 (1) "Unless excused (section 3-511) presentment is necessary to charge secondary parties as follows":

Please, lets fight the dirty court systems that are fraudulently, taking families and ripping them apart, for the sake of Billionaires NO thanks to us for supporting them. STOP SUPPORTING THE RICH!!! SUPPORT HOME GROWN BUSINESS..don't let this government get in on our life style of freedom...the founding fathers put upon us as HUMAN BEINGS!!! LIVE FREE..SOVERIGN!!

(a) Presentment for acceptance is necessary to charge the drawer and endorsers of a draft where the draft so provides, or is payable elsewhere than at the residence or place of business of the drawee, or its date of payment depends upon such presentment. The holder may at his option present for acceptance any other draft payable at a stated date;
(b) presentment for payment is necessary to charge any endorser;
(c) in the case of any drawer, the acceptor of a draft payable at a bank or the maker of a note payable at a bank, presentment for payment is necessary, but failure to make presentment discharges such drawer, acceptor or maker only as stated in section 3-502 (1)(B).
If you don't accept the charge or presentment you are in dishonor for no acceptance under 3-505 of the U.C.C. (c) and 3-501 (2) (a), (b). Acceptance is the drawer's signed engagement to honor the draft as presented. It must be written on the draft, and may consist of his signature alone. It becomes operative when completed by delivery or notification 3-410 of the U.C.C.
You are the fiduciary trustee of the strawman which is a Cesti Que Trust; in this capacity you have the responsibility to discharge all his debts, by operation of law. You are also the principal or asset holder on the private side of the accounting ledger; you are holding the exemption necessary to discharge the debt. When they monetize debt they have to have a principal, capital and interest is what circulates as principal and is called revenue or re-venue. Principal is where venue lies. Revenue is a Tax debt or Tax bills. All bills when presented represent revenue, interest, capitol, or accruals circulating from you as the principal, when it is returned back to you as capital or interest it is called income or in-coming. This method of accounting is called the "Accrual Accounting Method" and is represented by debits and credits. Debits are assets Credits are liabilities. The credits and liabilities have to be in balance, this is accomplished through double bookkeeping entries or reverse bookkeeping entry. These bookkeeping entries are the funds referred to in commercial banking. When you are in dishonor they cannot use your exemption to pass the debt or charge through your account to obtain a discharge, so they sell your dishonor, which has a commercial value of $ 1,000,000 dollars for each count. When social security # is assigned or issued a blank bond is issued and when you are imprisoned the bond is filled out. This bond is called a Bid Bond, standard form 24 (REV. 10-98) prescribed by GSA-FAR (48CFR) 53.228(a). This is also called a prison bond. These are also referred to as contract surety bonds. The first, the bid bond, provides financial assurance that the bid has been submitted in good faith and that the contractor intends to enter into the contract at the price bid and provide the required performance and payment bonds. The second, the performance bond, protects the oblige from financial loss should the contractor fail to perform the contract in accordance with the terms and conditions of the contract documents. The Third kind of contract bond is the payment bond which guarantees that the contractor will pay certain subcontractor, labor and material bills associated with the project. On April 9, 2002 (12:18 pm) Lehman Brothers Banking Cartel in New York City agreed to provide prison industry leader CCA (Corrections Corporation of America) with a new $ 695.0 million senior secured credit facility, to be combined with a $150 million notes offering. The war on terrorism has created a buzz in the private prison industry . Less than three weeks after September 11th, a New York Post story on the for-profit private prison industry stated, "America's new wall of homeland security is creating a big demand for cells to hold suspects and illegal aliens who might be rounded up." In order to prosper, prison operators need to maintain a steady flow of prisoners and prison dollars.
Share |
Email ThisBlogThis!Share to TwitterShare to FacebookShare to Pinterest
Newer Post Older Post Home