Upon verifying authenticity; these documents presumably evidence, what could be considered “human trafficking”,

YOU MAY ALREADY BE AN ENSNARED VICTIM –
ALL REAL- MEN WITH HANDS AND LEGS, LIEN AGAINST AMERICA
USA – ROCKVILLE, Maryland.
Upon verifying authenticity;   these  documents  presumably evidence, what could be considered   “human trafficking”,  real estate/land  “trafficking”  theft by private global entities;  valued in July/Aug 2011 at uS $ 14.3 QUADRILLION, according to the 5 page,  globalists U.C.C. filings in Maryland seen here:http://yourhandsandlegs.wordpress.com; Md.,  BofA (11USC),  AG LIEN, 1101 WOOTON PKW ,ROCKVILLE,MD.
Apparently, agent(s) have created and filed, what could be historic documents beyond belief!  If merely routine, it would be without merit for alarm. What is the actual intent of these documents? It does not appear benevolent, quite the contrary. Why are the precise choice of unique words and punctuation  used and  the precise placement thereof? Are these filings evidence of treasonous acts?
“…fixture filing…Description of real estate: [-As all real-men with hands and legs, and all real-land in the United States of America – 14,000,000,000,000,000.- - WITH TRUST IN GOD, [what one?]  this real-estate is with the –PUBLIC-]”   UCC Financing Statement Addendum (Form UCC 1 Ad), Sec. 13, 14.
“…THE FEDERAL RESERVE SYSTEM… [With] THIS NOTE IS LEGAL TENDER FOR ALL DEBTS PUBLIC AND PRIVATE  14,300,000,000,000,000.- [14,300,000,000,000,000.-] 300,000,000,000,000.-“ Sec. 9, 10.
“…Additional collateral description: -OUT OF MANY (all 50 states, all cities, counties-properties)ONE-real estate in – THE UNITED STATES OF AMERICA-, this … EVERTON DEOLIVERIA ROCHA, -be as –extracted, with-prejudice, in-to the United States of America, State of California on this 15th day of July, 2011.- [A SECURITY (15USC)---COMMERCIAL AFFIDAVIT---NOT A POINT OF LAW].  Check only if applicable [checked] Trustee acting with respect to property held in trust… Check only if applicable and check only one box. [Checked] filed in connection with a Public-Finance Transaction – effective 30 years.”  Sec. 16, 17, 18.
“…Comptroller of Maryland,  …MAILING ADDRESS:  B of A (11USC), …ROCKVILLE, MD…[14,300,000,000,000.-] AGRICULTURAL  LIEN: 1101 WOOTON PARKWAY ROCKVILLE,MD 20852 USA,  … Recordings as Deed of Trust in the Real-estate records: INITIAL FINANCING STATEMENT FILE #0000000181425776. UCC AMENDMENT (FORM UCC3), Sec. 7, 7c, 8, 10., 2011 AUG 12 A 10:26., / Date: 08-12-2011 10:25 AM, Work Order: 0003846966,  pd., $300.00.
“…This FINANCING STATEMENT covers the following collateral: 1D00247556,Seal No.285521.,6Z33753691, Seal No.285522., 6D00242066, Seal No. 285523., FV26330-2, Seal No.285524. UCC FINANCING STATEMENT (FORM UCC1), RECEIVED 2011 JUL 28 A 11:01., 11:25AM AMT. PAID: $198.00., B. SEND ACKNOWLEDGEMENT TO:  [U.S.A. DEPARTMENT OF DEFENSE, U.S.A. DEPARTMENT OF HOMELAND SECURITY] ATT: CLERK, HALL OF JUSTICE-C1110714-1 4347046, 191 NORTH-FIRST STREET, SAN JOSE CA 95113-1006.
HOWEVER, an apparent named co-conspirator includes but not limited to, the PRIVATE and international FED. Other named entities include, B of A [presumably Bank of America], DHS., PENTAGON, INTERNAL    RE-VENUE SERVICE, MARYLAND STATE DEPARTMENT OF ASSESSMENTS/COMPTROLLER, NORTH AMERICAN WATER AND POWER ALLIANCE, THE UNITED STATES DEPARTMENT OF THE TREASURY 1789, THE U.S. DEPARTMENT OF DEFENSE FINANCE AND ACCOUNTING SERVICES, and named Trustee: EVERTON DEOLIVEIRA ROCHA, are, generally considered substantial  entities .
THEREFORE, are these evidences of righteous endeavors which are not so obvious; or rather, of a more sinister matter? Could this be documented evidence of  massive co-conspirators, traitors, beyond R.I.C.O., and/or out right TREASONIOUS Acts?  Is it possible that the Securitization and collateralizing of the ‘Note’ be what it appears, an intent and form of  “Human Trafficking” in “all real -men with hands and legs”, …  and additional “Asset Trafficking” in other so-called  “all real- estate and …  all real- land in America.” It may be considered advisable, if you want to make sure you have control of these potentially historic documents, download/store to hard drive, for future access, it may be deleted unexpectedly.
How will this affect all American men with hands and legs, and all American women, and all real estate, and all land? However, in light of the above, how will it affect the following transactions? The‘Free & Clear’ Title, or Tribal Sovereign Nation  (Title),  or  Title in  Allodia,  or Freehold, or  Title held in any Trust, or Mortgaged Title, or Securitized Mortgage Title,  or Securitized Deed of Trust, or Fraudulently Foreclosed & Conveyed Title,  or Title Fraudulently Clouded  at  so-called  “bank loan” closing/signing  of typical  Financed Mortgage (“Fraud vitiates Consent,” says Vincent Bugliosi ),  or unlawfully conveyed/assigned & transferred  title(s) without standing, or others similarly situated, and as well, the  U.S. Protectorates &Territories, here in 2012?

How to handle CITATIONS and offers to contract..


The CITATION process can be handled much easier; through the mail. When a Police
Officer issues you a CITATION, he is actually requesting you to CONTRACT with him! He is
alleging that you violated a corporate regulation in writing, which you have accepted by
signing and thus requires you to respond. 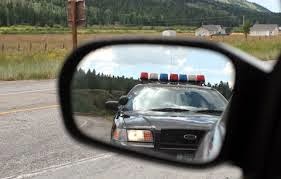 The Police Officer is instructed to explain that your signature is merely an
acknowledgment that you received a copy of the CITATION but in actuality, your signature
is notification to the Court and Judge that you have accepted or CONSENTED to this offer
to CONTRACT, which also grants the Judge CONSENT; PERSONAM and SUBJECT MATTER
jurisdiction over you and the case!
You can cancel that CONTRACT however by rescinding your CONSENT. The Federal Truth in
Lending Act provides that any party to a CONTRACT may rescind his CONSENT, within
three business days of entering into such a CONTRACT. So across the face of the
CITATION you should print or type in large print, the following words:
I DO NOT ACCEPT THIS OFFER TO CONTRACT
and
I DO NOT CONSENT TO THESE PROCEEDINGS.
Use blue ink [for admiralty] or purple ink [for royalty]. Admiralty is the Court and Royalty
represents your Sovereignty. Either way is appropriate. Sign your signature underneath in
blue or purple ink and in front of a Notary and under your signature type: Without
prejudice, UCC 1-308. This is another way to declare that you may not be held responsible
for this Contract pursuant to the Uniform Commercial Code.
Serve Cancelled Citation back it on the Clerk / Court, along with a Certificate of Service,
by Certified Mail, Return Receipt Requested. This kills the CITATION; removes your
CONSENT and removes the JURISDICTION of the Court, all at the same time. It really is
that simple!
NOTE: A Certificate of Service is a letter that first identifies the Citation and then defines
how and when you returned the document to the Court and is signed. If not denied, it
becomes a truth in commerce by Tacit Procuration.
Remember to keep a copy of everything, in case the Clerk attempts to trash your
response, which certainly will not happen with a Certificate of Service or if it is mailed
back by the Notary. The Notary is actually a Deputy Secretary of State and is more
powerful than the Court Clerk!
Public Notaries originate from the time of the Egyptian and Roman Scribes who were the
purveyors of certified documents, which are sworn affidavits. Certified documents and
sworn affidavits are truth in commerce. [e.g.] Birth Certificates are certified documents on
bonded paper. The word bonded is derived from bondage as in slavery, which makes all of
us Bond Slaves to whoever retains custody of our original Birth Certificates. I bet you
believed that the Emancipation Proclamation freed the slaves and it did for a short time
and then the Birth Certificate and the 14th Amendment enslaved us all! 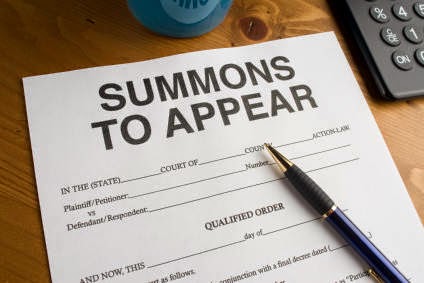 SUMMONS and LAWSUITS:
The SUMMONS process, whether it is defined a Civil or Criminal Action, is once again an
offer to CONTRACT, despite what words are used to command your appearance or
response. It too can be cancelled just by following the same procedure as the CITATION
process above. A million dollar lawsuit is no different than a CITATION and both can be
cancelled! Hard to believe, isn’t it?
Does your lawyer know about this? You bet he does but he is not permitted to embarrass
the Court and besides, Court is where he makes his money!
NOTE: How many of you have ever attempted to avoid Jury Duty? All you had to do was
cancel the SUMMONS [OFFER to CONTRACT]; Notarize it and mail it back to the Jury
Commissioner. Don’t worry, they won’t bother you because you are obviously too smart
and may influence their Jury! The Jury [controls] the Court and not the Prosecutor and
Judge and if you know that, they lose and the defendant wins, which is why they prefer
only the dumbed down candidates to serve on a Jury.
There are a few matters or issues that are next to impossible to circumvent or quash
because of the depth of corruption within these pseudo Courts, such as child custody and
the division of property resulting from a divorce. The Birth State claims the custody of
your children pursuant to the Birth Certificate and records them under the Department of
Transportation as a State owned Vessel!
A marriage is a CONTRACT and all that is required is a PRE-NUPIAL AGREEMENT to
complete the marriage but if you are sufficiently indoctrinated to believe that a Judge or
Mayor or a Minister or Priest, must join you in holy matrimony and you subsequently
applied for a LICENSE; now you both have married the STATE as well! Now the State is
entitled to its fair share of the division of your marital property should the marriage not
work out or should you die [called probate]! Some people might say that a divorce should
be included on this list of impossible issues but then they don’t know what I know!
Share |
Email ThisBlogThis!Share to TwitterShare to FacebookShare to Pinterest
Newer Posts Older Posts Home
Subscribe to: Posts (Atom)